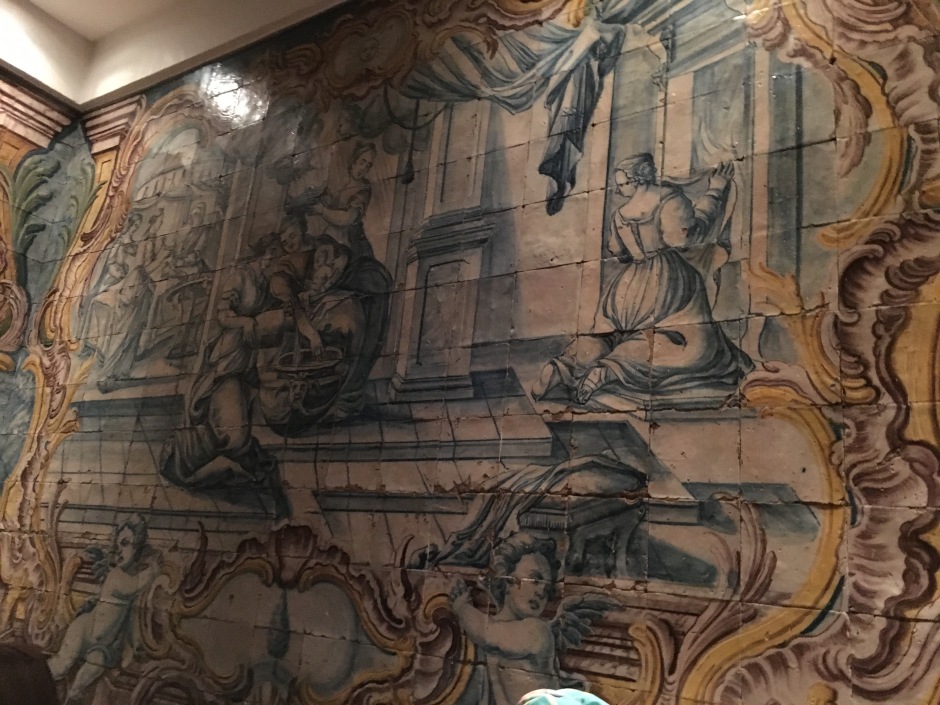 Don’t go here.  It’s a terrible place.  If you ignore my warnings and venture here anyway, expect to step into the alternate universe of real, living and breathing, Fado.

As you approach the big wooden door at the end of what looks to be a mixed use carpark or courtyard, prepare to be greeted one of two ways.  First, if the imposingly large, old, and somewhat foreboding door is shut, your approach will surely be halted by one of several different gruff locals who are charged with the task of not letting you get near the door until the time is right.  That means that, after the current song is completed he will “ring” the doorbell, which is actually a tiny light that flashes above the singer’s head, and the door will be opened from inside by the very person who is about to send you headlong into musical revelry.

If, by chance, your timing is just right and you walk up to an open door with clusters of Portuguese folks milling around, smoking cigarettes, and laughing loudly and slapping backs, then you are in.  These folks, in fact, are made up mostly of a community of Fado players – singers, guitar players, and their close supporters – that works much more like a family, than a scene.  As with family, there is much love and support, served with a healthy dose of rivalry and teasing.  If you show up more than once, you too start to become family and can expect nods of recognition and appreciation from performers and the staff alike.  Hopefully, you speak enough Portuguese to join in the conversations – a group of older white-mustachioed enthusiasts I came to call simply “os tios” are quick to include you in conversations ranging from finding the soul of Fado, to politics and love.

A word about the space:  there isn’t much of it.  Within a few hours of being in Lisbon you will have seen thousands of azulejo covered walls.  But Mesa de Frades is inside of an old chapel, the walls of which are covered by azulejo frescoes so stunningly beautiful that you’ll find yourself just beaming at them once the guitar player turns the lights back up.  As with all Fado, there is no amplification of the music, so shut your pie hole.  And you will be hushed as the musicians reach up and shut the lights out and you enter the dark, quiet, intensely romantic and hot heart of the fadistas who are not just performing for you, but pouring out their entire essence right there into your heart and soul.  It’s not uncommon to notice your fellow revelers wiping away tears or for you – your modern, Instagramming, Facebooking, emailing, busy persona – to just melt away into the forgotten corners of your heart, with only the strains of the Fado to guide you back out.  You’ve been warned.